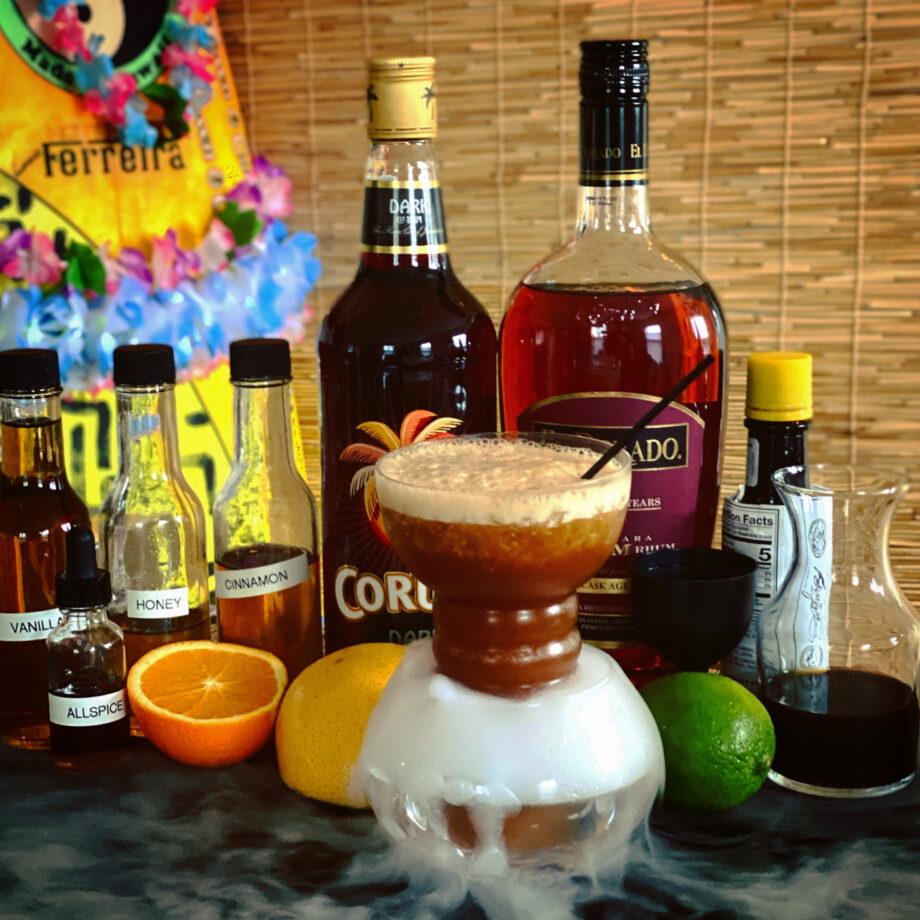 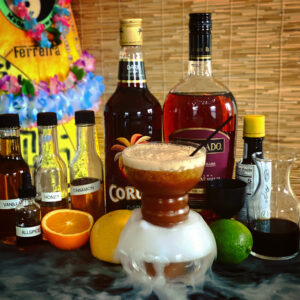 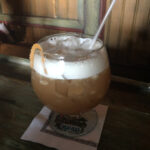 One of the iconic cocktails of the Mai Kai in Fort Lauderdale, Florida, is the Black Magic (left photo).  The one on my YouTube channel is a tribute recipe from The Atomic Grog, but this one is one of the other originals, which is supposedly a secret. A friend (who will remain secret), says he saw this hanging on the wall of a mixologist of the Mai Kai at the time.  Another Mai Kai mixologist said it did not resemble his recipe at all.  Either way, no matter which is accurate, I’ve had a few versions, and honestly it is not my favorite, so I am not going to put a lot of time or effort into the forensics, or the most authentic recipe.  This is just something to test to see if you like it.  For me, it is kind of like breakfast in a cocktail. It has coffee, orange juice, grapefruit juice, and honey.  And while it sounds like this would be horrific, it is actually a tasty cocktail, it just does not suit my tastes. 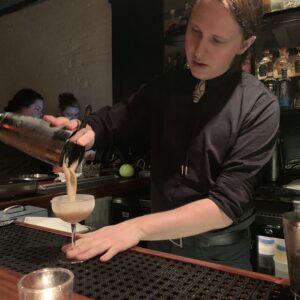 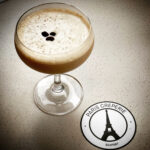 A better version, is one Garret Richard served to me before the pandemic when he was working at Existing Conditions in Manhattan (photo above). He called his the “Midnight Dancer” and it was strained and served it in a chilled coupe. It was a much silkier, smoother, tastier version.

If I want coffee in my cocktail, I want it to be strong, not so subtle. My go-to in college was a Black Russian (Kahlua and vodka), or an espresso martini like I got when I was in Boston at Brother Cleve’s Paris Creperie (left photo). I love coffee, I love cocktails, but I don’t always want or like them in the same glass. The Black Magic might be a brunch drink.  Call me a purist, but coffee deserves its own stage, and usually not in the same setting as a cocktail. That is just me.

And just to be clear, this is neither of those.  This is just one that someone claims to be the real recipe, and you can just take it at face value:

Flash blend all ingredients with a half cup (4 ounces) of ice.