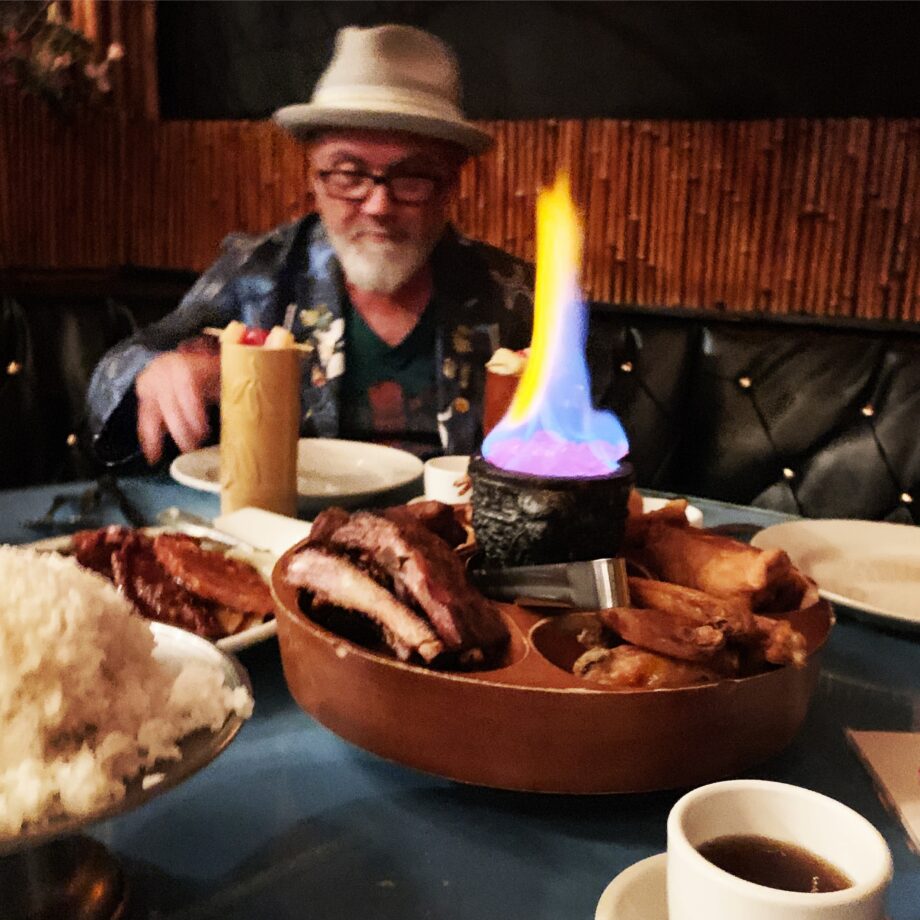 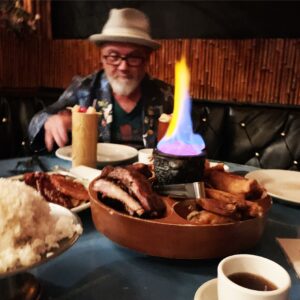 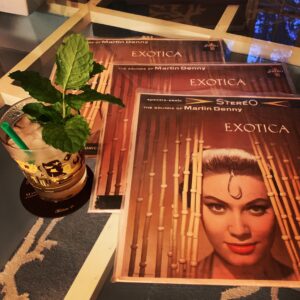 September 10, 2022 – Long before I knew who Brother Cleve was, I knew about his band Combustible Edison from KPR’s Retro Cocktail Hour.

Tonight after a long day of filming a band in the hot sun, I came home to learn of Brother Cleve’s passing.  Nothing I can say in a few paragraphs will sum up who this man was, or what his career entailed. Instead I am just going to reflect on the first time I met him and we went to Lee’s Hawaiian Islander in Rutherford with Jack Fetterman.  This is currently the last original tiki bar in New Jersey.

The evening started off with Mai Tais and listening to all three versions of the album that started it all called Exotica. Why three albums? Brother Cleve went into detail stating one was done in mono, another in stereo and yet another that was remastered.

We had become friends, and I met him up in his bar in Boston when I wrote about the Boston Tiki Scene for Exotica Moderne.  I then had the opportunity to meet up with him again at his new bar called Lullaby in Manhattan’s Lower East Side.

The last time I was in touch with him was a few weeks before his passing. He was in Cape May NJ enjoying vacation with his wife and as always, he gave me the much needed information I needed.  He was always such a great resource for spirits, the history of liquor brands, and of course exotica music and tiki bars.

Again, I am cutting this short, he was so much more than that, to call him a legend in this community is nothing short of not nearly enough of who he was and what he represented. On top of it all, he was a super cool, kind and fun guy to be around.

Be sure to give a listen to the podcast created in his memory: “Cocktails with Cleve” lukekini.com/show2203