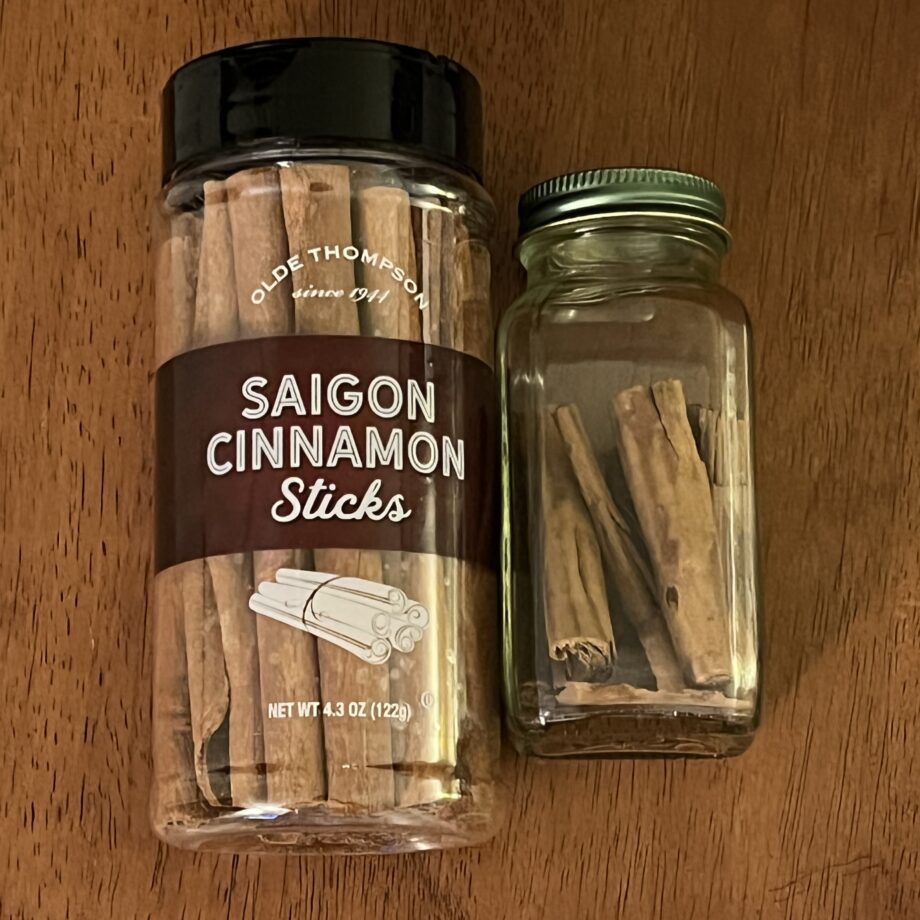 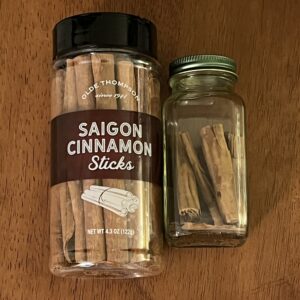 This is great ingredient, not just for tiki drinks or cocktails, but even coffee, pancakes, waffles, etc.  There are several different types of cinnamon you can find in lost local supermarkets. Ceylon, Cassia and Saigon.

This is basically just simple syrup with whole cinnamon sticks broken up, and put into the pot while the sugar melts in the water. Once all the sugar is dissolved, you want to keep the cinnamon sticks in there for at least 20 minutes. The longer it is in there, the more flavor from the cinnamon will be infused.  You might not want too much cinnamon flavor, if you leave it in there too long, it starts to taste like Big Red cinnamon gum.  That is your choice, but I think 20 minutes is more than enough.

Once the syrup has cooled, pour through a strainer into the bottle you will store in the fridge for up to a month. You are not going to strain all those little specks of cinnamon out, and that is ok, as long as you are not swallowing hard cinnamon bark chips.