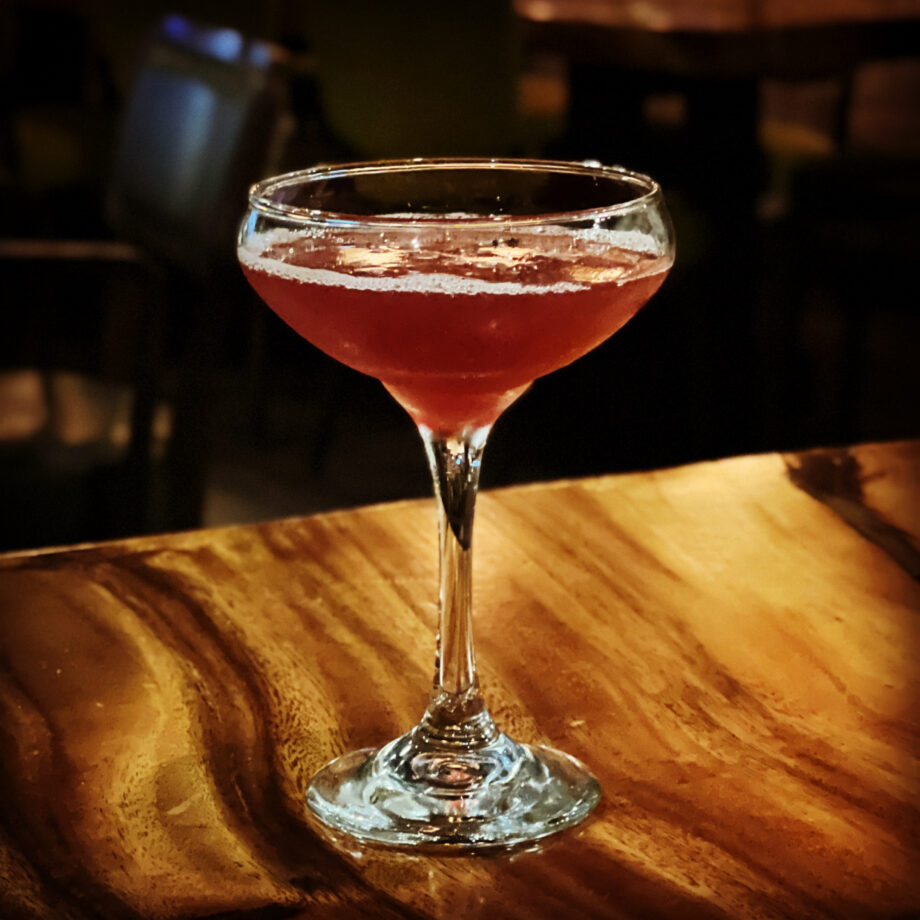 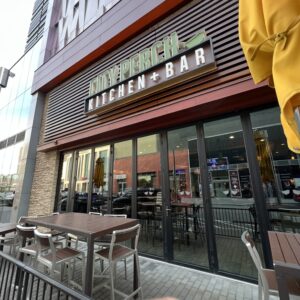 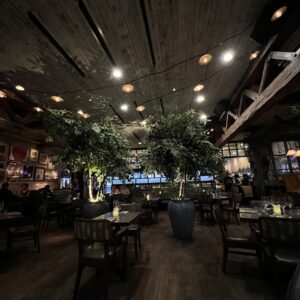 Fort Lee NJ [June 3, 2022] Unfortunately, I don’t have anything good to report about this visit.  It was about 7pm on a Friday night, and the place was unusually quiet.  Just a few people at the bar, and only about 2-3 of the 12 or so tables were occupied. One might think this is a good thing since it is not loud, noisy, and service should be good. But it was not the case.  One of the waiters was actually tending the bar this evening.

On the list of “Craft Cocktails” was one called Shake Your Pom Poms. Honestly, it would have been the last one on the menu I would have ordered, but the person who arranged the get-together insisted it was fantastic. Like myself, he is a whiskey lover, but I like it straight. Sure, I do love a great whiskey cocktail like a Manhattan or and Old Fashioned, so I thought I would give this one a chance, especially when he said there was a cool presentation where the bartender lit the thyme aflame. When the cocktail came, not only was it half full, but it was overly sweet and barely cold.  The thyme was barely there, except a few bits floating on top. Overly sweet, unbalanced and something I a half knowledgeable home amateur mixologist could do a better job of. 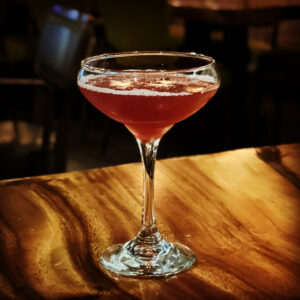 Unfortunately it all went downhill from there.  The service was poor, at best. And as mentioned, the crowd had barely  picked up as it was now closer to 9pm.  The appetizers of barely warm french fries drenched in oil were not much better than the calamari.

We ordered two Burrata pizzas.  When they finally came, one was undercooked and hardly round, the other was burnt.  The third pizza (Meat Lover’s) came 20 minutes after the first two, and by that time we were running late for the 9:45 movie upstairs. 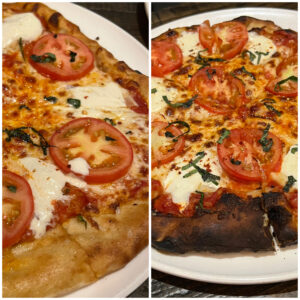 The oddest thing about the pizza, is that the crust had powdered salt on it, I suppose to add flavor? Pizza is usually salty enough.  It just seemed a bit odd to me. The Meat Lover’s was interesting, far more tasty, but I really did not taste the Taylor Ham, and it had chunks of boiled ham which was not in the menu’s description. You can see the crust was a bit fancier, not sure why, but maybe that is why we were finished eating ours when their’s came out last. I think it is a general rule that all food should come out at the same time so everyone at the table is eating instead of others finishing while the people not served are just watching. (We did offer some of ours to them, and they declined till they could not hold out any longer).

Over priced bad cocktails billed as “Craft”, bad service, over and under cooked, salty, and inconsistent food. What is left to talk about? 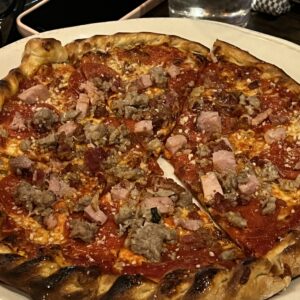 The prices were not bad for the food, but $15 for a cocktail that does not fill a glass is just insulting.