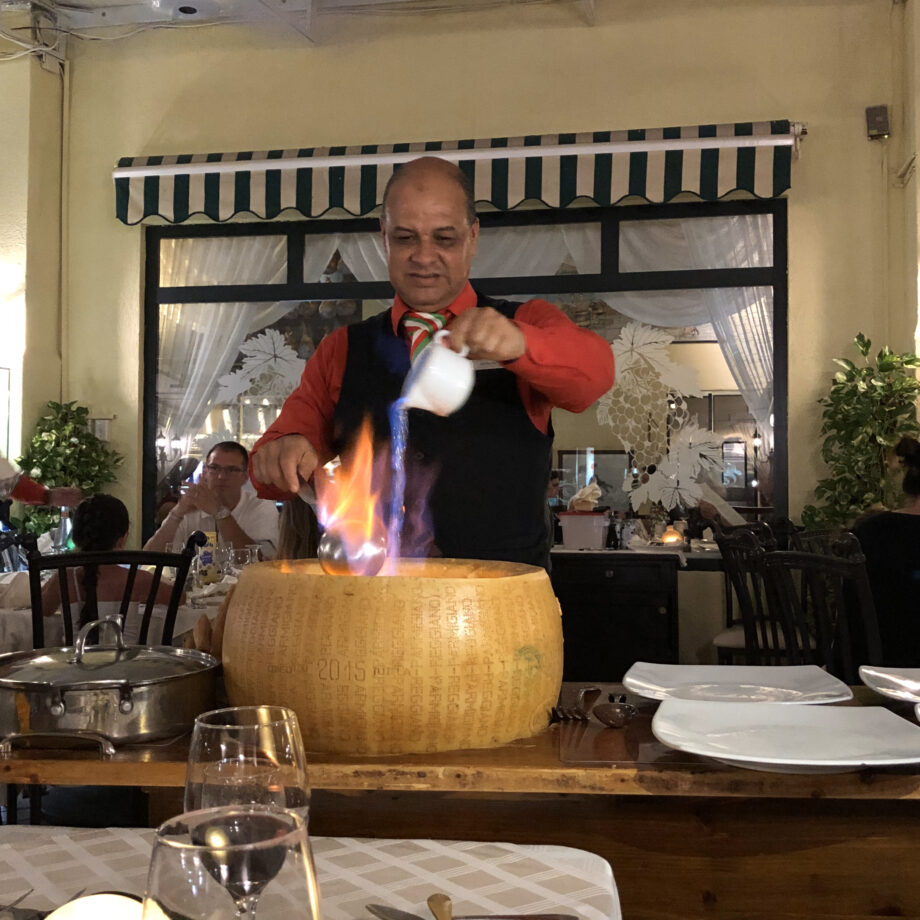 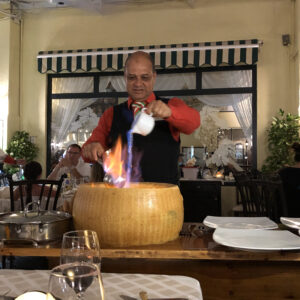 Dining at Gianni’s one lazy afternoon literally brought me back to Italy in my mind.  The food was impeccable, from the wine to the antipasto to the pasta.  The food was very fresh, prepared well and perfectly and you can tell even the pasta was of very high quality.  However, the service was very slow, even though there were more waiters working than occupied tables of patrons.  I actually had to go hunting to find my waiter and flagged down other waiters to get the check.  I was not in a hurry, however, after spending nearly 2 hours there, me and my girlfriend were missing out on beach time on our last full day in Aruba.  To be fair, it was the day after Carnival and somehow it is considered a holiday on the island.  Perhaps not an official one, but an unspoken one since nearly everyone is or should be hungover from the celebration.  So, all things being equal, I will focus on the food and not the service. It gets busy, and even when it is not busy, the waiter might not always be around when you need one.

There is no doubt it is a great restaurant, and while dining there you would sooner think you were in Italy than Aruba.  On this visit I decided to indulge in their best known dish, Spaghetti al Formaggio Parmiggiano which they describe as “An authentic Italian dish flamed with whisky at your table with fresh tomato sauce and basil”.  It is a great display, and the pasta is already cooked in a light marinara sauce of fresh plum tomatoes, garlic and basil.   So they come to the table with a carved out parmiggiano wheel of cheese, and scrape up more of it with forks and then pour in flaming whiskey.  I asked them what type of whiskey and they said its scotch, I asked the brand and while I could not quite understand with the accent, I am thinking its Lochan D’ora, which is actually a whiskey flavored with honey and herbs.  It might seem trivial, but scotch can be quite smokey in taste, and I really was not tasting the scotch.  Even though almost all of the alcohol would have burned off, there should still be the taste of the scotch itself.   Lohan Ora (which I knew in the 1970s as Lochan d’ora) makes sense, its sweet, not so smoky.  You can experiment like I do at home, but below is the result when it was presented at our table.

It is hard to go wrong with any of the dishes here, especially the pasta. I’ve dined here several times and I never had a bad dish. Bad service, but never a bad dish.