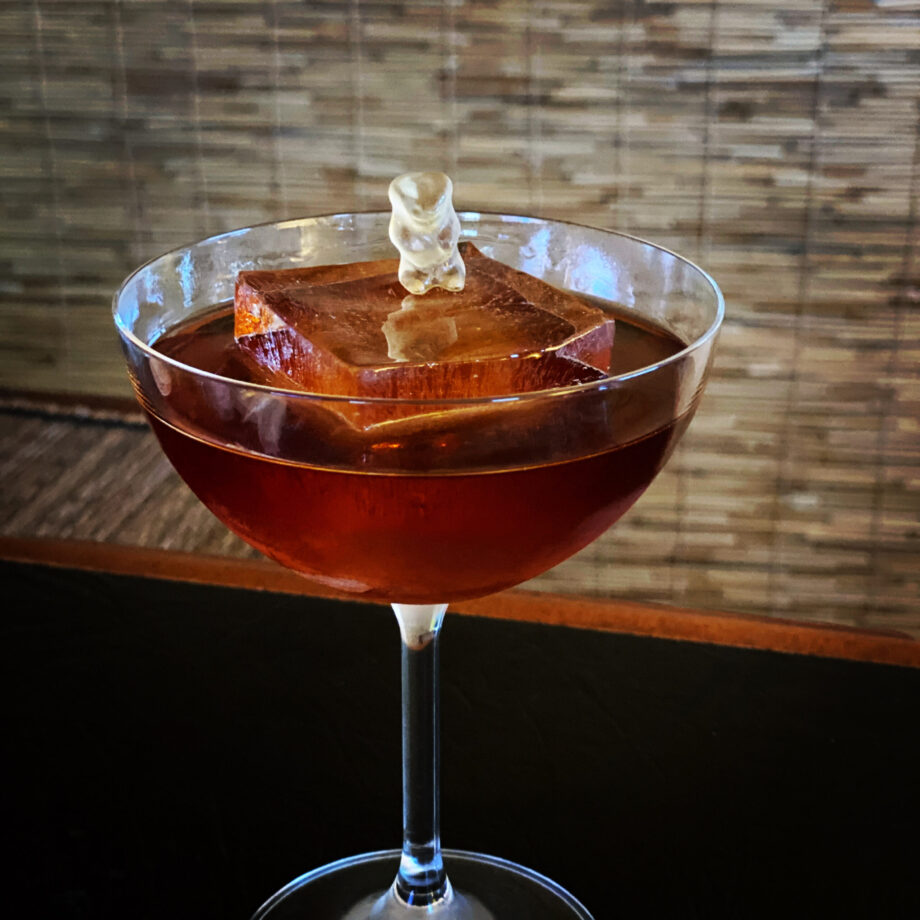 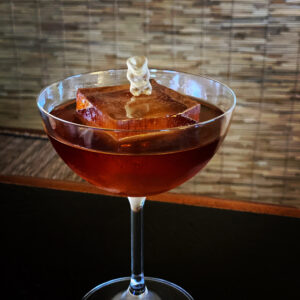 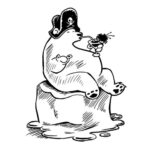 This winter in the NYC Metro area has been a rough one.  I should not complain, because living in the Northeast it should be a given at this point. However, last year we got 4″ of snowfall, this year, 40″ and counting, which is over a meter if you are more familiar with metric measurements.  Basically, up to your chin in many cases.

So this winter I’ve been revisiting a lot of the older classic cocktails from 100 years ago. Many of them are stirred, not shaken.  With citrus being more expensive and not as what it normally is in peak season, I decided to break out and experiment outside of tiki. I discovered a cocktail similar to a Manhattan or Old Fashioned called the Toronto.  Some recipes call for Demerara syrup, others maple syrup. With a name like the Toronto, why would you not use maple syrup?  Of course you should. The maple leaf is part of the Canadian flag! 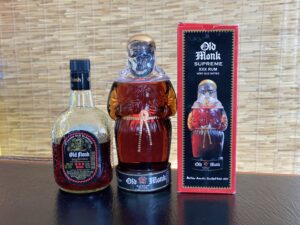 While the Toronto uses whisky (rye, bourbon, etc), I decided to make it slightly tiki and use rum.  A friend of mine is the head mixologist at the Mai Kai. Max informed me of an incredible inexpensive but delicious rum very few seem to know about. It is Old Monk from India.  If you think of India and its food, you think of the exotic, the colors of their costumes, scantily clad women dancing in Bollywood and of course, all the herbs and spices.  This rum is no exception to the vision. It is exotic, flavorful, playful and brings you somewhere you have never been before.

So in the spirit of the frigid North American region, I decided to name this the Kolonakikeke, which is the Hawaiian name for Alaska.  Without going too far into history and anthropology, it is said that Pacific Islanders originated from the Alaskan region.  As much as this sounds far-fetched, it makes sense. Often people migrate from colder climates to warmer regions.  Plus the sea passages and trade winds would enable sea travelers in the southern direction.

If you ever seen the cover of my book, Tiki Triangle, you might wonder why there is a polar bear wearing a Pirate hat in the upper left hand corner.  As the story goes, a pirate ship ran off course and found himself confronted with a polar bear who took his hat and found his way into the captain’s private rum supply.

This is a clean, refreshing break from tiki. Not a lot of syrup and no fruit juice.  Just a minty taste of the Fernet Branca amaro and the sweetness of maple syrup.

Be sure to have a stemmed coupe or cocktail glass in the freezer on standby.  In a mixing glass filled with large cubes, add and stir all ingredients until well chilled, about a minute.  Pour with a strainer over a single large ice cube into the chilled cocktail glass.  If you want to get really fancy, put a clear gummy bear on the cube to replicate a polar bear floating on an ice cube.

If you want to see a video, visit YouTube.com/TikiTriangle and you can see my demonstration and further explanation as to the cocktail itself. Cheers! 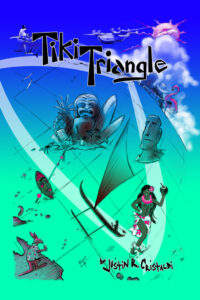