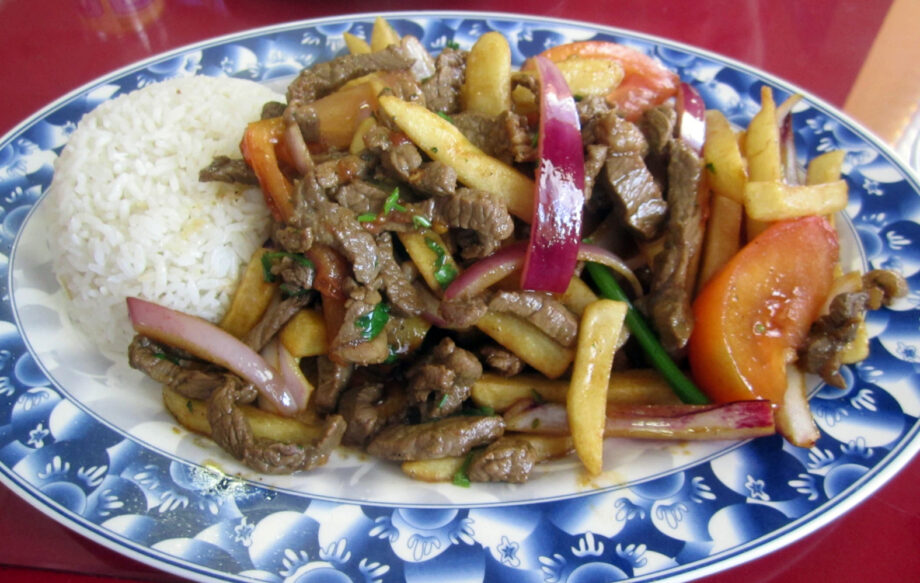 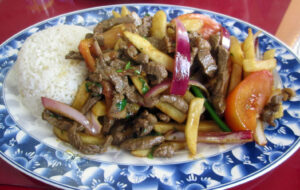 Lomo Saltado is a Peruvian beef stir-fry dish.  Many do not realize that there was a large Chinese and Pacific Islanders who settled in Peru, and this is how the dish was born, and became one of Peru’s national and favorite dishes.

It seems odd because it is a cross between Asian stirfry, and the incorporation of Pisco brandy and french fries.  Two carbohydrates on one plate is not typical for either Asian or South American cuisine, but here you find it on the same plate. 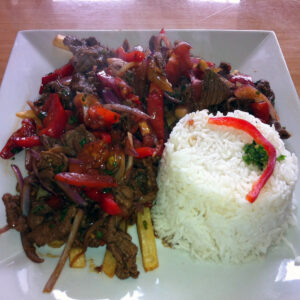 I’ve had this in a few different Peruvian restaurants, and while the ingredients are surprisingly consistent, the method does vary.  Even at home, I tried to recreate it for my tastes, but the basics are still there and should not be tampered with. 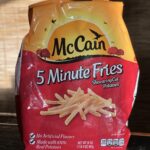 I find this recipe to be cooked in three different steps. One for the rice in a rice cooker; I like McCain’s 5 minute fries in the oven. They cook really quickly (but do take more than 5 minutes to get well done and crisp).  When I eat this dish out, they mix the fries in with the vegetables making the fries soggy. I prefer them hot and crispy. The steak and vegetables in a cast iron skillet on the stove. 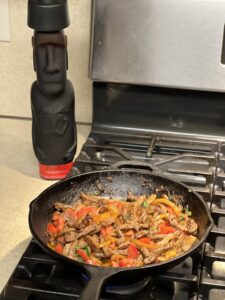 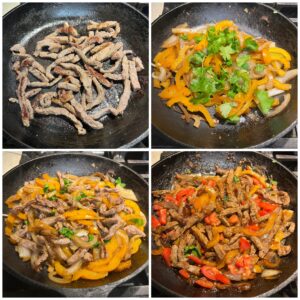 If you want to get fancy and plate this right, use a small coffee or tea cup, scoop up some of the rice, press firmly and put this at the bottom of the plate in a mound.  Add the meat and vegetables, and top off with the french fries.  Put some extra cilantro on the side, along with soy sauce you typically see in Chinese restaurants.