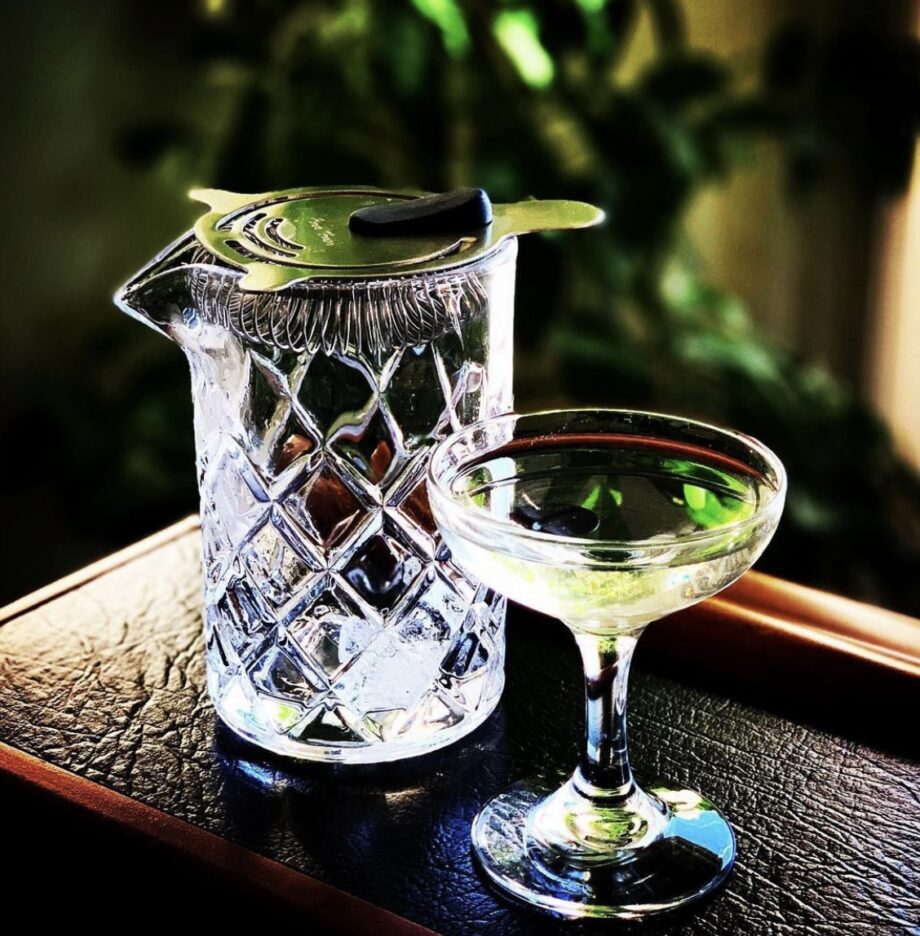 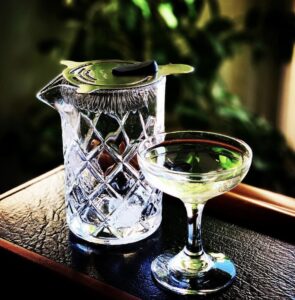 The Martini is probably the most basic, iconic cocktail of all time.  And though its simply just 2 ingredients, bartenders still get it wrong all the time. Simply because of technique, measuring, and/or both, they fall short of the fantastic timeless cocktail that deserves so much more respect.  From its earliest origins in cocktail books from 100 years ago, it often called for 50/50 vermouth and gin.  The vermouth eventually got cut back, and then back again, and now its a mere whisper of vermouth.  They even sell spray bottles in which to store the vermouth, so you spray and coat the glass, then pour in the cold gin stirred with ice.  Winston Churchill once said “The perfect martini is pouring gin while looking at the bottle of vermouth”.  I suspect the reason people do not like vermouth, is because they never actually have fresh vermouth in their drinks. Once opened it should be consumed in less than a month, and that is only if it is stored in the fridge.  If it is fresh dry vermouth, and good gin, you should have no worries.

Gin is a clear spirit, and mostly pure like vodka, but unlike vodka, it is flavored with Juniper Berries and other herbs.  Vodka tends to be be made from wheat or potatoes.  Gin is fragrant and has a  more complex flavor due to the herbs infused.  This was done as early as the 11th century by Italian Monks who had little to work with to make a spirit consumable.  We owe a lot to Monks by the way, they were the ones that took a basically undrinkable beverage and with their knowledge of the garden were able to infuse botanicals, herbs and berries to make so many of the bitters, amaro, liquors and gins we have today, almost all “secret” because it is what makes that brand unique, but more so, because we simply don’t know what is in there because its not documented clearly.

So yes, we are going back, way back.  We are talking Mid-1800s.  Maybe it was a guy by the name of Martinez, maybe it was Alessandro Martini, partner and founder of Martini & Rossi who made Vermouth.  During Prohibition, gin was often harsh, and it needed to be offset by vermouth, sweet or dry, (red or white) and as times changed and the cocktail evolved.

Now its 1930s prohibition in the United States.  Gin is made in bathtubs and served in underground bars known as “Speakeasys”.  During prohibition, the whole idea was to get the most bang for the buck, so minimal mixers, maximum gin, so you have the “Dry Martini”, mostly gin, just a splash of vermouth.  Time marches on and many feel the vermouth distracts from the infused botanicals of gin, so they opt for less vermouth.

In the 1960s and James Bond came into the scene.  Unlike the Hollywood movies, James Bond from the Flemming novels is a rough and tumble guy, a rebel, not necessarily a gentleman or an intellectual, and yes, he wants his Martini shaken, not stirred.  Why? Because its unheard of that a martini would be shaken and not stirred.  He goes against the grain.  Many purists feel that shaking with ice bruises the gin, and when it becomes too icy cold, you cannot taste the botanicals in the gin with its herbs.  Problem solved, just let it rest a few minutes, it will come back up to room temperature, and the ice will melt and it will be perfectly fine.  One of the great lines from a recent James Bond film is when a bartender asked him if he wants it shaken or stirred and Secret Agent James Bond says “does it look like I care”.  This is the real James Bond Flemming envisioned, and since most bartenders today don’t have the patience to stir 50 times, just let them shake for 25 seconds, and we will all be fine.

Fast forward to 1990s, we now have Appletinis, Melontinis, Cosmos, etc etc… anything that can be served in a martini glass with vodka can and would be.  I personally have no problem with that.  I love a dark chocolate Godiva chocolate and vodka martini, but I still realize its NOT a “Martini” its just a name for something served in a similar style.  Its like calling meatloaf a burger, a steak a sandwich only because its in bread and meatballs without tomatoes a sauce… its not so.  One cannot go without the other and even if they have similar ingredients, each has a special place.  For me, the Martini must be gin, it must have dry vermouth and while I don’t care for the green olive, that would be valid, but just give me a good twist of fresh lemon rind and all will be fine!

Rules of ANY authentic Martini:

For this classic cocktail, it is more about the method than the ingredients or proportions. Make sure a stemmed cocktail glass such as a couple or martini glass has been chilled in the freezer first.  Next, use a mixing glass. If you don’t have a mixing glass, use a pint glass or even a Pyrex measuring cup. Stir with plenty of cubed ice. Stir for at least 30 seconds, and strain into a chilled martini, coupe, or cocktail glass.  Garnish with lemon rind, olives, or even nothing at all.