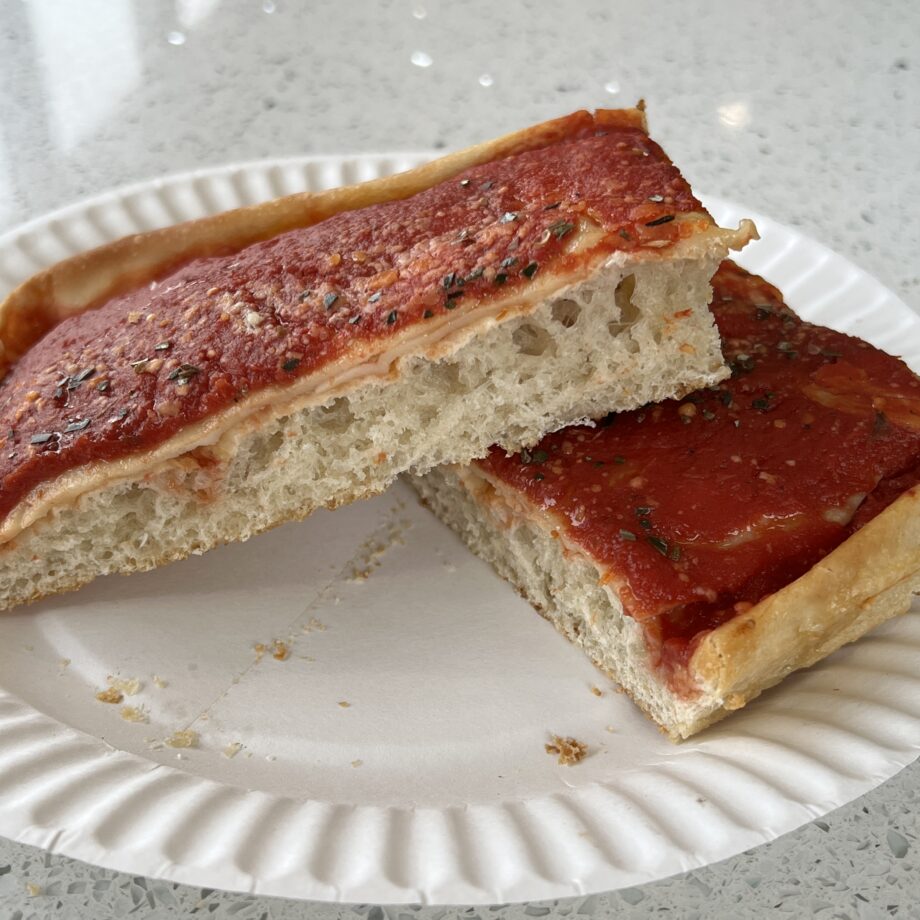 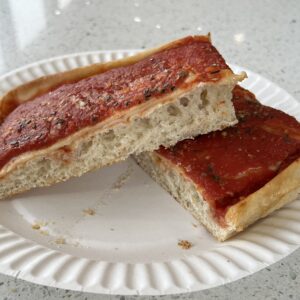 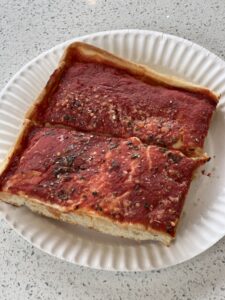 Always on the lookout for new pizzerias that look promising, I gave this one a chance when I took a wrong turn on the way to another stop.  As usual they advertised they were “the best in town”.  I know I was early for lunch, but they had several pizzas already out.  This one was the “Old Fashioned” and it certainly was.  You have to be careful, these days there are so many “specialty pizzas” that the traditional triangle slice is now called “old fashioned”.  This one truly is though. It is more like focaccia, and they put the thin layer of cheese on top of the dough, then the thin layer of tomato sauce on top.  Though the crust was a bit dry (I wonder if it was yesterday’s pizza or made very very early that morning), it was still good.  It would have been better if very hot from the oven, but I was in a rush and I told the guy not too hot.  I can still tell, this is better than most. This gets a good ranking in my list, and I hope to return for others now that I know where it is, and I know I have to be back in that area soon.