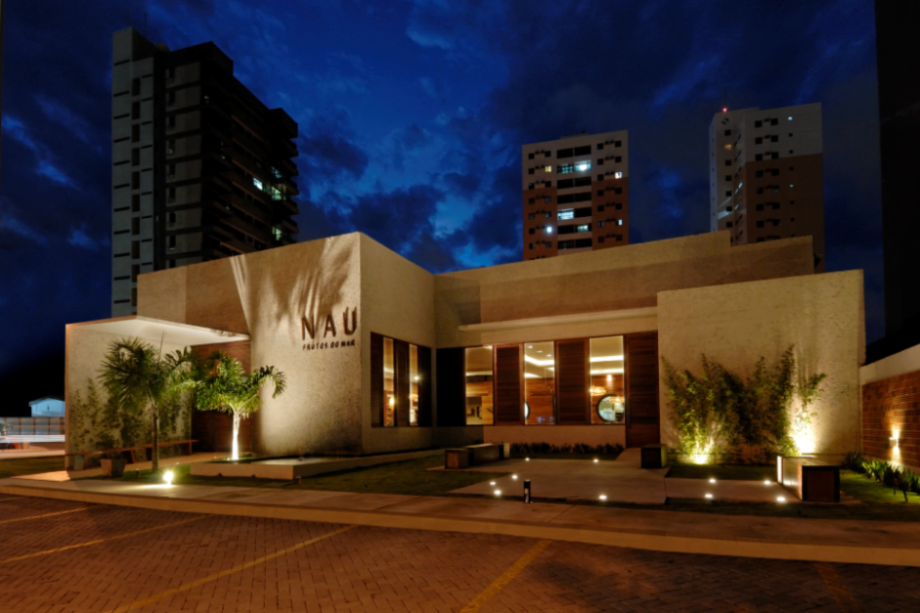 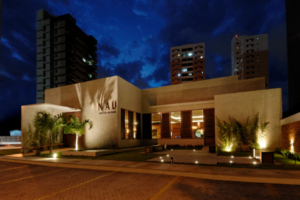 One cannot even say or think the word Brazil without thinking of the tropics. Even if its not on the coast, the interior has tropical jungles and the Amazon Rain Forest.  João Pessoa is the most eastern city in the Western Hemisphere.  And it is an interning city.

There was one fine restaurant I found to be very chic.  It is very spacious and definitely has a tiki feel.  Not like the American interpretation of Polynesia, but the authentic feel of a place like Japan.  From the outside you can see its very different from anything else you might see.  The door is a a single large wooden door with rotates, and a doorman lets you in while an armed police officer is nearby.  In the finer places you will see police, its nothing to be alarmed about, in fact you should feel all that much more safer. The decor is somewhat Japanese or modern tiki, not the typical polynesian decor. It has a very nautical theme as you can see from the windows dividing the kitchen and the dining room. Its always good to see what is going on in the kitchen… here they even have a fired brick oven.

As soon as you walk into the restaurant you have a open wall with bonsai trees and cactus (cacti).

There is a small fishing boat nailed to the ceiling, and you see them even in the bathroom as sinks.

On to the food.  Edilene started with a non-alcoholic drink of Pineapple with mint. Really refreshing and delicious.

The main course is a fish I’ve never eaten or know about.  I chose this over the more expensive lobster and the cheaper salmon.  I know lobster, I know salmon, I don’t know this fish named Meca, a saltwater fish.  I can best describe it as something like thoroughly cooked tuna that looks like small tuna but also light like swordfish, not as firm, but its a great tasting fish. Later I was told it was pescada, which is a lagoon fish from the Amazon.  I am still trying to figure it out. The is the dish I still don’t understand although its a lot better when served like this.  Its shrimp, in a creamy cheese like brie, but not as bitter and creamier and more like white cheese whiz.  Its only saving grace is that the risotto was really good.

This might not be like the tiki or Polynesian places we know here, but this place definitely has a campy kitsch feel to it and it is worth visiting.