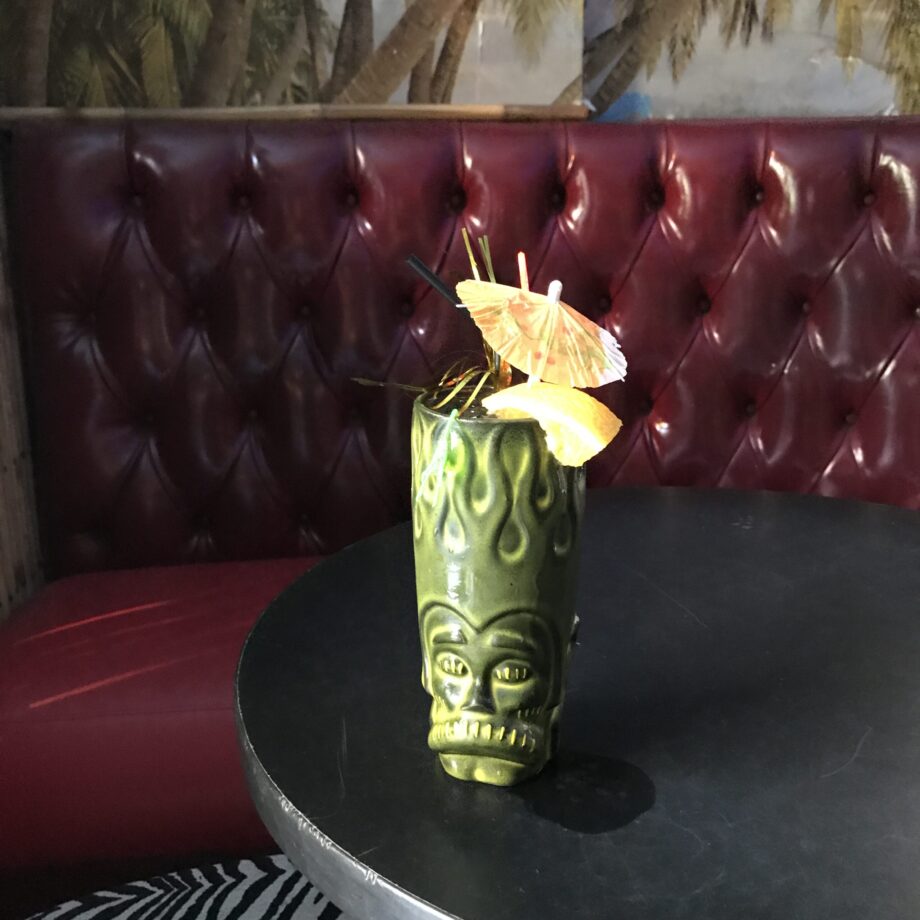 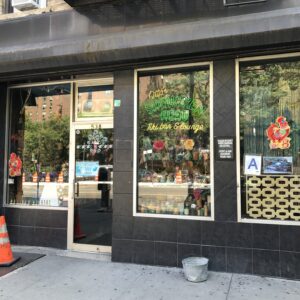 As their story goes, a small group of native New Yorkers got together in early 2002 and decided that New York City did not have a decent Tiki Bar. The demise of Hawaii Kai in Times Square and the destruction of Trader Vic’s at the Plaza Hotel by Ivana Trump left New Yorkers yearning for a tiki bar. 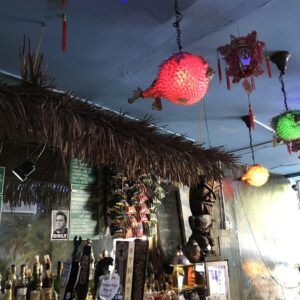 Otto’s claims to be a new interpretation of the Tiki Bar, mixing traditional Tiki decor and potent rum based concoctions with live bands and DJs resulting in NYC’s premier Rock-n-Roll Tiki joint.

They have live music, and they have new tiki drinks. What they do not have, is food, so be sure to eat first because these cocktails are potent and twice the size of what you might find elsewhere in Manhattan.

It was late after noon one July in 2015 when my girlfriend (now wife) and I visited.  Not more than 4 people were in the place, but before they would even serve me, the bartender (Zofia, who I later became friends with) wanted to scan my driver’s license. I found that odd. I was not there to bust up the place, rob or steal anything. Nor was I a government agent from the FBI or IRS.  It was only because I dragged my girlfriend walking for what seemed like more than a mile from the subway that I reluctantly gave her my license to scan with some sort of laser reader. Should I ever return here, which I doubt, I would never let them scan my license again. 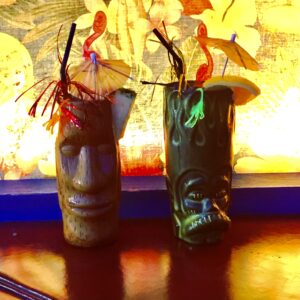 The drinks are potent for sure. The decor is very retro and vintage tiki for sure.  The experience is significant because of its location, and because it was a Tiki bar that people like Anthony Bourdain loved. Low key, seedy, and of course, its the Lower East Side, a part of Manhattan that still looks like the old days and not riddled with commercial corporate chain stores.

Apparently this is much more of a live punk rock venue than a tiki bar. So Polynesian Pop Archaeologists searching for authentic digs might get a cool drink in a tiki mug (which you can purchase), that is about all you will walk away with.

The decor and kitsch is as good as it gets for the concrete jungle of Manhattan. It has all the key artwork, the wooden idols, the vintage illustrations on the wall, the private booths, and even the puffer fish lamps floating from the ceiling.  I even give them points for the elaborate garnishes most other places do not pay attention to. 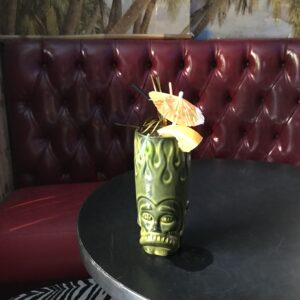 And of course, who could avoid going into a place that Anthony Bourdain and Michael Ruhlman also loved.  When I met Ruhlman at another tiki bar know as Mother of Pearl, just a few blocks away, he thanked me for including Otto’s in the first Exotica Modern Magazine I wrote for House of Tabu. 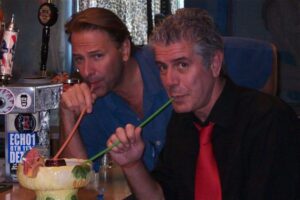