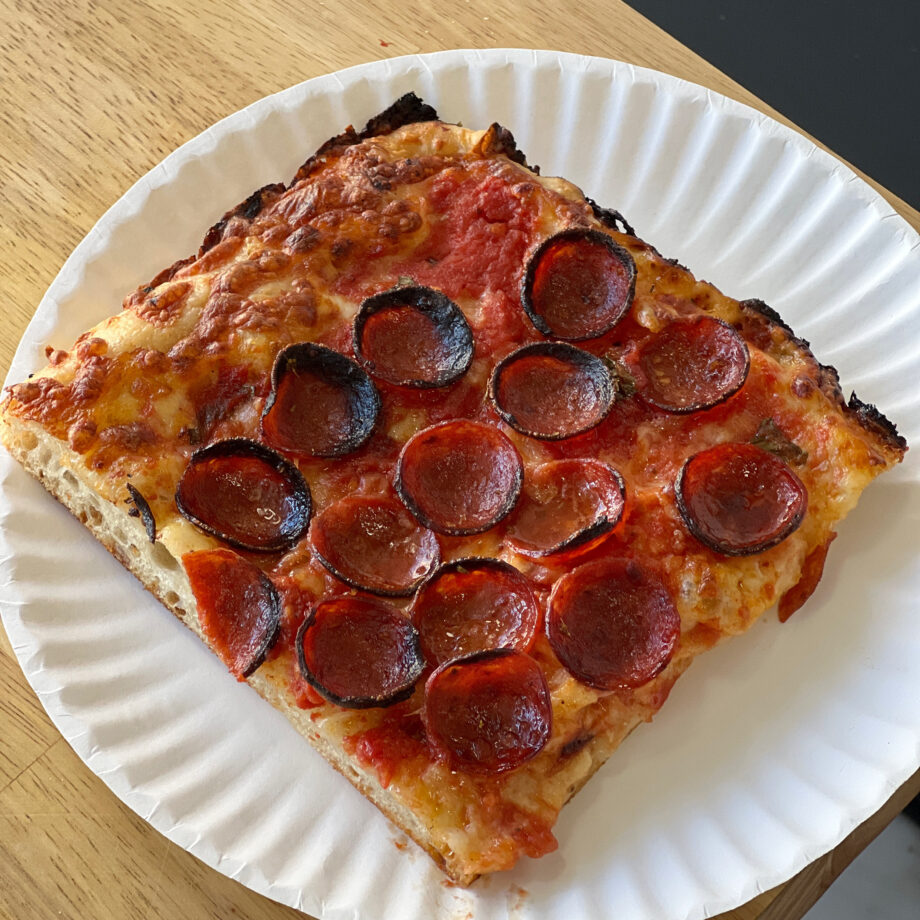 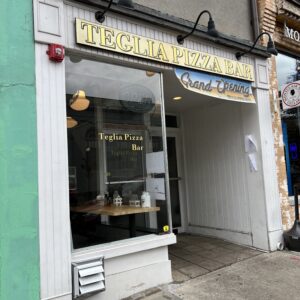 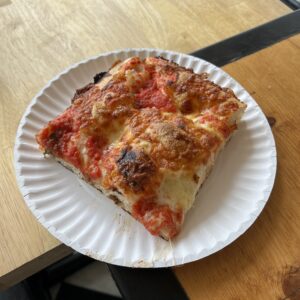 [Montclair NJ – December 4, 2021] Teglia is a great new pizzeria that took the place of another old favorite that has since gone out of business.  The last place (Coal Oven) was at the same location and was incredible, however, they sold the place the quality went down and they went out of business.  I hope Teglia has better success but there are already a few issues on all 3 visits I’ve had so far.

The first time they did not open until after 12 noon on a Friday.  While that is not a crime, I would assume any dining establishment should be ready to serve whatever they specialize in by the time they open, if not earlier. The pizza was fantastic, so I decided to go back.

The second time I got the Roni pepperoni pizza. The man behind the counter asked if I wanted heated, but then said “its still warm from the oven anyway”.  It wasn’t. In fact, it was cold, not cold like from the fridge, but certainly less than room temperature.  It was November, and the place is so small, the front door is just a few feet from the counter, but maybe 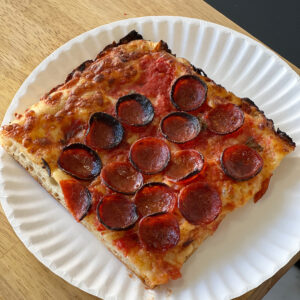 the server didn’t realize it would cool so quickly.  Again, the pizza was delicious, but the dough did not rise as high as the previous time – you might be able to see the difference in these two photos.

The last time (today), I got it to go and took it home for wife approval.  She wanted the Queen Margherita.  As you can see, they put the sauce on top of a thin layer of cheese. That is not an issue, but it differs from the website photo, and what is traditionally called a Margherita.  The sauce was a bit acidic and tangy.

We got the Arugula salad as a side to share. There was certainly enough for two, except there was about one strawberry cut into 4-5 pieces, and only 2-3 pieces of  the crispy prosciutto. There was a lot of arugula and very little dressing. Of course a salad should be mostly greens, but the proportion of candied pecans, strawberries, cheese and especially the prosciutto completely got obscured to the point where I felt ripped off for a $12 salad containing little more than a dollar worth of arugula and pennies worth of the other stuff that was supposed to make this a delicious salad.

I have to be very forgiving of a place like this, because the pizza is like nothing else for miles. I am hoping for more consistency and we will see upon the next visit! 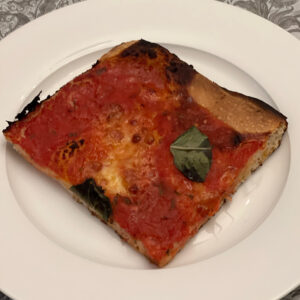