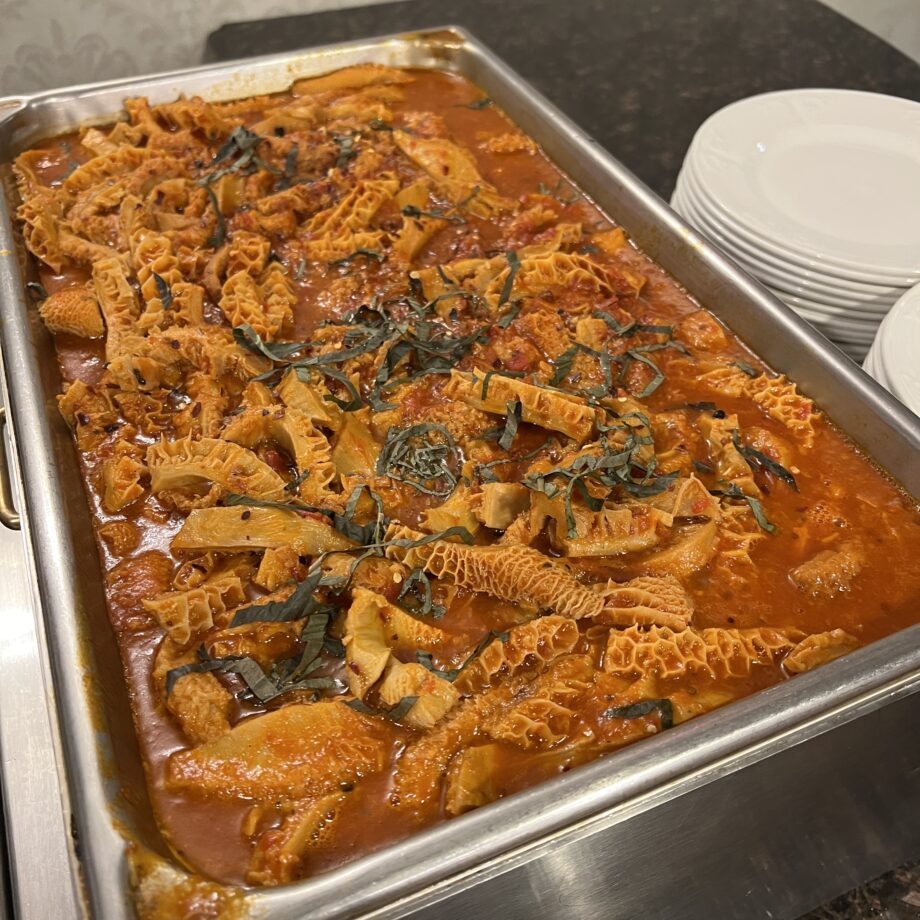 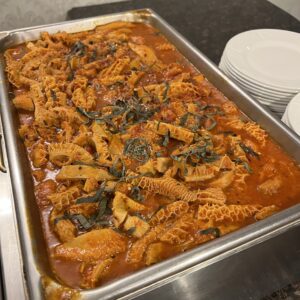 This past weekend I was filming a wedding of a young Italian couple. When I say Italian, they were actually born in Italy but their parents migrated here from Italy when they were still children. I saw something I have not seen in many years. Tripe is something most people don’t know about. Most hardcore Italians do, but even then they still don’t have a clear understanding of it.  It is, simply, the inside lining of a cow’s stomach.  Cows, by the way, have four stomachs, and yes, it is all four parts of the inside lining of a cow’s stomach.  Most of the time what we can buy commercially is from a cow, it can also be from goat, ox, sheep, etc. 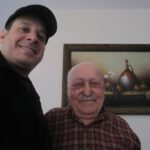 I had it more than a decade ago. My old friend Victor was a Calabrese Italian who spoke little English.  He invited me over for lunch one day.  He was very excited to share this with me.  Because of the language barrier (my parents both died almost a decade earlier and I had since stopped speaking it so frequently), I was not sure what he was serving me until he kept saying “trippa, trippa” and I said “ohh tripe”!  It was then I was not nearly as enthusiastic as he was about this.  I knew about it, I might have even had it once before, but I knew I had to have it again as to not be rude to someone who was sharing something much cherished to my dear friend who said this was as good as it gets.  His friend prepared it, and it often takes hours. I only took a little bit, and swallowed what I could. I could not simply chew it, because it has a very odd texture, it is very chewy and I don’t I am wrong when I say it is like chewing on thick rubber bands with marinara sauce.  They say that good tripe is not chewy, it should be soft.  If you know what calamari is (squid), it is similar to that, but at least if squid is undercooked, you can still chew it, even if it is undercooked.  The deal with calamari is, you either have to cook it for 30 seconds or 3 hours for it to be soft.  Tripe has to be cooked for several hours, if not more.

In spite of the dozens of other dishes being served at this wedding buffet, this one remained one of the most popular with many Italians lining up with a full plate and little else of this delicacy. It is not the taste, as much as the texture that is a turn off.  I am not a picky eater. As long as it is not fast or processed foods, I am usually ok with it.  However, I am not a big fan of animal organs. It is not just odd to me, they are simply not favorites.  I don’t want to be eating the stomach of something from another animal that will go into my stomach (this includes livers, hearts, brains, eyes, etc).  I think I’ve had all of these organs, and again, just not a fan. But I had to have tried it at least once to have an opinion about it.

I think I disappointed Victor with my lack of enthusiasm, but I made up with it by drinking more than two glasses of his homemade wine and soppresatta instead.